To St. Nicholas Day or Being a Strategist Does Not Mean To Be a Tactician 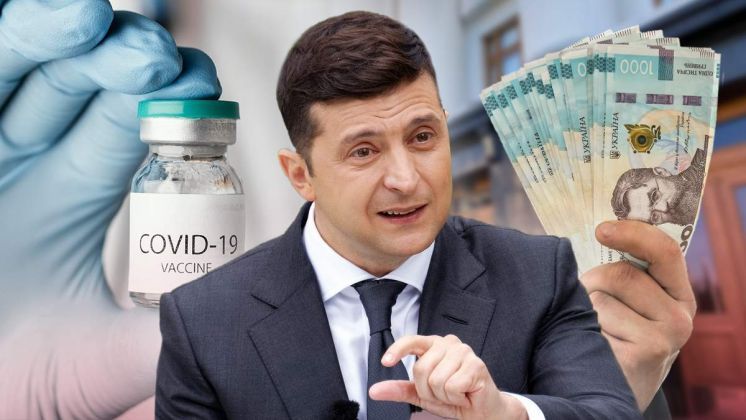 Volodymyr Zelensky is a great strategist. He decided to become Nicholas. And not only that, he gave everyone a thousand.

Hares come to the owl:

- Owl, tell us how to protect ourselves from wolves?

- Grow spines like hedgehogs; they’ll prickle wolves, which will not eat you

- Hooray, hooray… Owl, how will we grow spines?

Volodymyr Zelensky is a great strategist. He decided to become Nicholas. And not only that, he gave everyone a thousand. Furthermore, he also bequeathed all the money from the rent of the subsoil to children, because the subsoil belongs to the people. And that is why - how the President decided strategically - we must invest in the children’s heritage.

Oh, our wise leader. He has been famous for his wisdom for centuries.

In the state budget for 2022, revenues from rent for gas are a little more than 49 billion hryvnias. And there’re more than 7 million children in Ukraine (0-18 years).

This is 7,000 hryvnias for each child. Not too shabby.

200 euros per year if conditionally and approximately. The youngest will get 3,600 euros in 18 years? Take your time, it’s not like that. Of course, you can’t buy accommodation; it’s not enough for education. And yet.

However, minus 47 billion is a huge hole in the leaky budget. Usually, such expenditures are made in countries that do not have a budget deficit (we have 180 billion in 2022) but a surplus. Like the Norwegians or the Saudis or the Emirates.

We will be the first country in the world to be so inflated by populism that it takes out rent with a deficit budget. It’s just nothing.

The worst thing is this. It turns out that the Cabinet is preparing a bill that will be postponed only to children born after January 1, 2019. That is, after Zelensky’s speech on Channel 1 + 1 with his: “I’m going to run for president.”

And now everyone, who was born under Yushchenko, Yanukovych and Poroshenko, is in our “children” category. For example, my kids are from the times of Yanukovych and Poroshenko. So on what grounds are they discriminated against on the basis of birth? Is it because they were born under the predecessors? And not under the rule of the Greatest? It is, of course, other money. In the period 2019-2022, there will be approximately 1.3 million children (payments will begin in 2023). That is, in the first year of payments they will be charged almost 1,000 euros.

But you think children born in 2022 will receive 18,000 euros at the age of 18. No way. Every year the number of applicants for payments will grow, because even at the current rate, 300 or more thousand new children will be born.

And in ten years, there will be a hundred euros for a brother/sister.

Anyway. Just imagine the situation: two children were born into the family. One in 2018 and the other in 2022.

And so the mother tells the crying (senior) teenager somewhere in the early 2030s:

- You know, you were unlucky. You were born under the cursed power of Poroshenko.

And your brother under the Greatest Leader of Modernity. You can’t do anything with it: he has everything, you - nothing. But don’t cry. There are more than 300,000 guys of the same age with you. Absurd, stupid, nonsense. But Zelensky is not a tactician. He is a strategist. And all the nuances of justice should be explained by mothers to their children: why someone got it and someone not.

Actually, I’m going to calm everyone down. All the money that will be collected in a special fund for payments will go bankrupt before the payments (which should begin in 2040).

Mandatory. It will be managed by someone from the Kvartal95. And in this case a Yuzik, of course, will have a villa in Italy (not only Zelensky has it there), but the children of 2019 are unlikely to get anything.

Well, maybe we are lucky and someone with brains will become president in 2024. And all this camarilla will go to Oman.

But is it possible with our happiness?