There have been several different opinion polls in the last ten days. 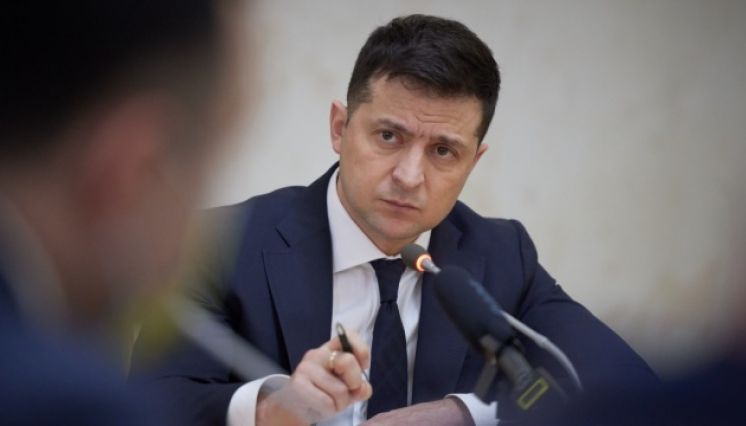 All showed a clear drop in Zelensky’s ratings. Again, everyone - in a different way. Razumkov’s Center gave him the least - 18.7%.

To all Ze! haters to dance: it’s the end to him.

But it was submitted incorrectly. If you give by definition: those who come to vote and have already made the choice - you may immediately add boldly 17-20%.

So in this case there will be more than 20%.

Because here it is critically important: 22% is still not a kickass to the rating. And less than 19 - that’s the end.

And, most importantly, all is right. Because there is an overall rating. And there is a rating among those who decided.

Both are correct. But if you show one study on one method, another on another - you can get the impression. And impressions are emotions. Emotion is manipulation. Or maybe it was just profitable for someone to show it like that? Because if you compare it like that, it turns out, as in that anecdote:

- Two crocodiles were flying. One was blue, the other - to Africa.

And here is a completely different rating. Today’s KIIS.

It shows that Zelensky has 25% again. But, instead, OPZZh almost caught up with Servant of the People in the party rating. And the European Solidarity is in fourth place. Actually, everything is already within error. It will turn out, again, as in the anecdote.

When Soviet and American athletes ran in the finals together. And the American won. And Soviet newspapers wrote:

- The Soviet athlete came second. The American was next-to-last.

In sociology it is like this: as you include it in the list, so it will go on. If you include Boiko separately, Medvedchuk separately - you will get one result. And together OPZZh is already another.

It’s like making a symbolic football team of all time and forgot to include Pele and Maradona in the list of contenders. So then you will have Beckham somewhere. And this way - no.That is why I claim that sociology is also a manipulative technology. And you can only trust your own sociology. And what is on display is just a show. And all sociologists will say: we have an error of 3%.

We often pay extra for this error.