Saying Good-Bye to a “Green” Autumn 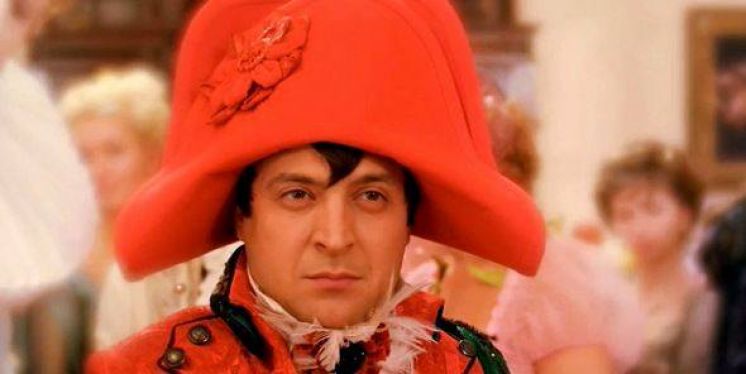 Outcomes from Viktor Bobyrenko on analysis of Zelensky’s activity Well, what should happen after we saw only during last month the following?:

1) Vaccination failure and highest mortality in Europe; INEFFICIENCY of Ze! has been proven.

2) Scandal with Offshore 95, where it turned out that Zelensky, who in 2019 shouted that offshore was taboo, has offshore himself. And this is from the money stolen by Kolomoisky through PrivatBank from the Ukrainian people. That is not just offshore - but our money with you. THEFT in the past has been proven.

3) During the Big Construction aka Theft, the most expensive roads in Europe are being built for more than 100 billion hryvnias. And PR is also built on this. Approximately 20% of budget funds are stolen through kickbacks. CORRUPTION here and now has been proven.

5) And we are now in a situation where everyone knows: Zelensky lied to us during the scandal with the Wagnerians, changing his own statements four times a year - from complete denial of the event to gossip about almost his personal feat in this. FALSEHOOD has been proven.

6) The situation with the possible Russian invasion: Ze! team first lies about “there’s no one”,  in fact, introducing hostile narratives. And thus questioning the efforts of allies and their help to us. MEANNESS has been proven.

7) On the birthday of a personal Office Manager Yermak, they fly by helicopter for public money (When Zelensky and Yermak are flying together, there’s a song in my head: “A wizard will suddenly fly in a blue helicopter”) to celebrate. FAVORITISM has been proven. Kolomoisky has been given inflated (invented) 9 billion cubic meters of gas through Naftogaz (which is the main state-owned company), which you and I own to Igor Kolomoisky. And this is tens of billions of hryvnias at market prices. For no special reason. The INDULGENCE of the iconic oligarch has been proven.

Hey, people! What else would seem necessary for his rating to fall to zero? But he lost only about 12%. He is still the main leader of the ratings. What’s wrong with you people? What else should he do to understand that in front of us is not only a small dull person in life and manners, but also a great narcissist, and most importantly - an ardent enemy of the Ukrainian people.

No way! The Greens still hope to deceive the already fooled people.

There will be a bunch of other videos, where the electorate will be told about “He is a good buddy” (crossed out) “Volodymyr Zelensky Is Trying”. And in order to distract and divert the attention of the people, the National Security and Defense Council needs to impose new sanctions on someone. And even better - and I think it will happen soon - staged, as in a bad vaudeville, they will hit Petro Poroshenko. They’ll declare suspicion with a public handcuffing. In order not to talk bad things about Zelensky - let Poroshenko’s haters be screwed with joy. And then to demand a bail of several hundred million hryvnias. Everything for the picture. All just to switch attention. All to get applause - instead of getting rotten eggs to the face. You will say later that I had seen ahead. And I just know the methods of artists from poor nonsense.

There was once an emperor Nero, who considered himself a genius actor and, according to the legend, set fire to Rome to have cool scenery.

His last words when the Praetorians were going to kill him were: “What a genius artist dies.”

Tell this story to Zelensky. Because he didn’t hear.