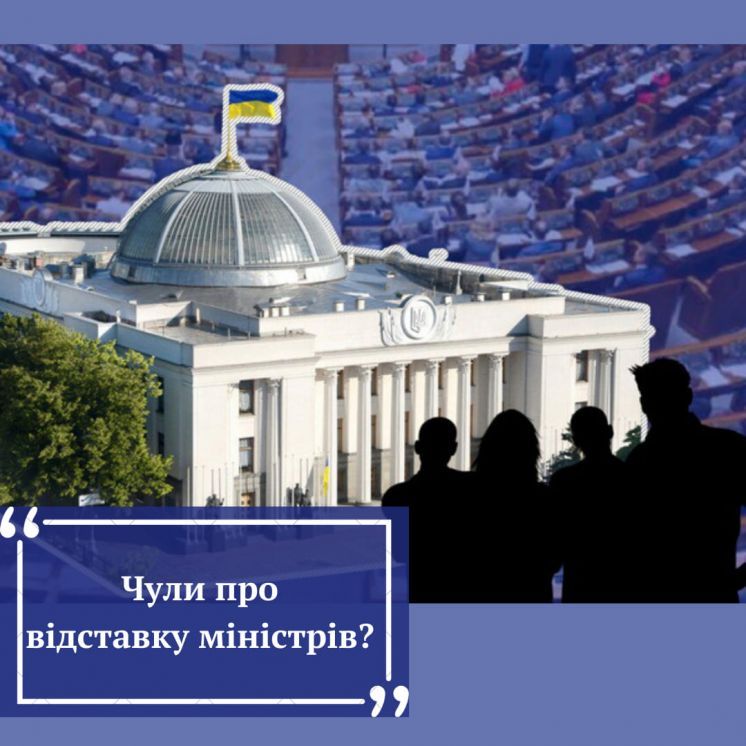 A bunch of ministers were resigned yesterday. And none of them reported before the resignation how it should be. Arakhamia emphasized that he himself asked the resigned ministers not to report (!!!).

There is no time for that. What reports? Laws must be voted on! Here we use the turbo mode, and you’re talking about funny. The motherland is in danger. It’s no time to observe the regulations.

Why do we need regulations? No, it’s not necessary. A remnant of old democracies.

Why the Verkhovna Rada needs control functions? It is only in NATO standards that parliamentary control is needed, for example over the Ministry of Defense.

But why are we not in NATO yet?

Why does society need to know why the government fired those officials it appointed? Maybe they set some clear tasks for their nominees?

Like: Task 1 - do this. Performance criteria are as follows. And now it would be good: here he promised, but did not do, so we are consistent and fired him. For a reason.

In fact, Arakhamia was afraid of what we would see: there were no tasks, no criteria. The king is naked.

The whole government is just a decoration for the President’s Office.

Only a dance for the Greatest. But someone from Taganrog is sitting, talking with TV and agreeing with Arakhamia:

The plebs like showy executions or at least resignations.