Prerequisites for the Medical Crisis in the Region 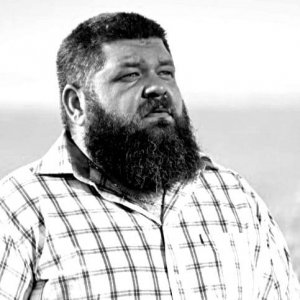 Let’s try to understand the issue of medicine in the Sumy Region. Long read part I.

The medical industry, which operates in Ukraine, was inherited from the Soviet time. It operated until 2018, creating a parallel shadow economy. Experts estimate that the amount of “grateful” money given by citizens in envelopes for treatment reached the national health budget. The quality of such medicine was controversial and it all depended on the decency of the doctor. The situation changed when the law “On State Financial Guarantees of Medical Care” came into force. It implements the mechanism “Money follows the patient”. Therefore, when a citizen concludes a declaration with a family doctor, the institution receives funds from the National Health Service of Ukraine in the amount provided by the package of services under which the contract is signed. This approach has solved a number of problems that have lasted for years. Place of registration, service in one hospital/polyclinic, impossibility to change the doctor and so on.

Today, every citizen has the right to enter into a contract with any family doctor in Kyiv, Kharkiv or Sumy, not to mention concluding contracts within one city. This approach has made medical services more accessible and funding transparent and understandable. In order for a medical facility to be able to receive funding from the NHSU, it must meet the standards and the owner of the facility must provide all the necessary equipment. In the vast majority medical institutions are public:

district (actively transferred to the balance of the united territorial communities)

But of course there are private ones. The difference between communal and private facilities is that in communal facilities the owner is the relevant council, which means that all communal payments and part of the salary are paid from budget funds (city or region). The medical component is funded by the state. The medical institution enters into a contract with the National Health Insurance Fund and receives a fixed amount of money for each treated case.

So what’s the problem? Institutions are funded directly from the State through the NHSU, and owners (city and regional councils) can manage this process. Why are there not enough funds? Why do multimillion-dollar debts accumulate in medical institutions of the region and salaries are delayed for several months?

The answer to all these questions lies in the management of a particular medical institution. When the reform began, two types of health care managers emerged. Some rushed to study medical reform and optimize the staff for the institution to survive.

Others hoped to the last that the reform would not take place and did nothing.

Therefore, when the Law on Medical Guarantees was adopted, the reform worked, and those who did not reform the institution began to lose money. But the paradox is that if they were private entities, they would go bankrupt and close, but public institutions are another matter. Regional or city councils are the owners of these institutions and they are forced to constantly add funds when the institution does not have enough to cover their expenses. That is, those who did everything right, optimized institutions and made great efforts to enter the reform - today do not receive additional funding from the budget. Instead, those who did nothing and gradually killed their medical institution are today the most subsidized enterprises. There are a little less than ten similar institutions in the region that constantly need financial support. Overwhelmed staff that do not affect the treatment process, huge areas in need of repair and maintenance. This is an inefficient use of budget funds estimated in the millions.

The next reason is duplication of services. The law does not provide for any beneficiaries. That is, for the state, the average citizen, Chernobyl cleanup veteran or participant in hostilities - all are equal. Medical institutions that care for a specific target group provide a general therapeutic package of services. It turns out that in Sumy, in addition to 5 city hospitals, where each has a therapeutic package of services, there are also medical facilities for war veterans, Chernobyl victims and in addition the regional hospital. All these institutions fight for about one target audience, providing the same services. But each of these medical institutions consists not only of medical staff, but also of the administrative part. Chief physician, deputy, accountant, manager, assistant manager, etc. For some hospitals, the administrative part reaches more than 50% of the total budget. The question arises, at what cost do you treat patients?

Regional institutions need to be reformed. Cold calculation, without unnecessary manipulations. With the regional deficit budget, it is a matter of life and death of patients.