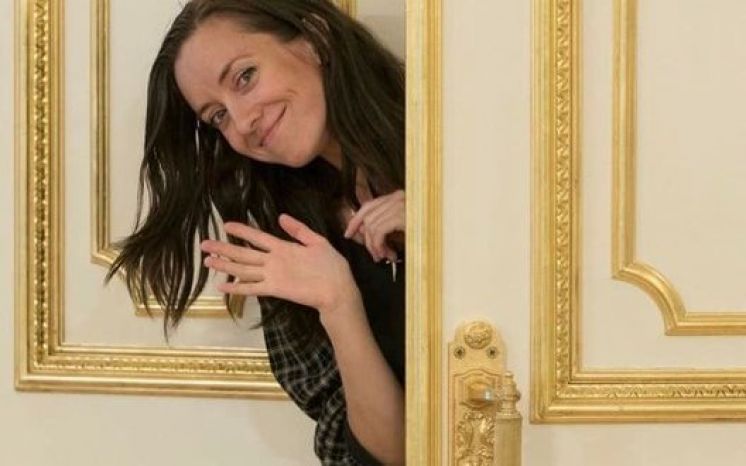 This is when the head of the department is not appointed secretary, because staffing of the civil service is clearly regulated. However, he still needs. And they enroll a girl in an establishment or institution subordinated to the department. And she goes to work for the department. And even doesn’t remember of her work record book. Because money has been put on the card for a long time.

Mariia Levchenko works as Zelensky’s personal secretary. She goes to work for the President’s Office and officially works in the Kvartal95. A typical snowdrop.

But where, at whom? At that decent guy who even refused protection, while still being Holoborodko? I couldn’t believeit! Zelensky’s gentle voter is crying, who will not give up on the dream that cooks and comedians can effectively run the country. Lol. I believe - I will shout cynically. Because I can see through such guys with moving eyes.

And then, as if on cue, Bohdan showed up and told everyone “Le secret de Polichinelle” secretly (sorry for the tautology).

The Servants receive also unofficial envelopes in addition to official salaries (around 40 thousand hryvnias). But there is no freebie. There’re 20-30-50. In thousands of dollars. But you have to work. Whereas those who just push the buttons hard get the minimum. Moreover, they are left without bonuses, if they press the button somewhere wrong.

Speaking heads get more, because you don’t need a talent to say that back is white in the evenings on a talk show. Chairmen of committees and authorities receive 50 thousand each. And most of all those who believe in what they say. So, what I want to say. Mariia Levchenko probably receives more than minimum from Koshovyi sitting in the Kvartal?

Since Yermak shares envelopes with 20 thousand even to non-talkative deputies, does Maria receive an envelope that is tighter?

This is, of course, an assumption. But it is confirmed by the fact that she and her husband (Gogilashvili) rent such a “tiny” house for two thousand bucks.

And if her husband, who has Russian citizenship, is related to Valuev, he is also friends with intelligence chief Badanov; and this is a pattern interrupt. How can you not believe in moles and guys like Stirlitz on every floor of Bankova?

But now Andriy Derkach and Kostiantyn Kulyk (these are the agents who wanted to drive Biden away) seem like petty spies. The guys like that do not need a radio operator. Here, the dude sleeps with a woman who not only collects cigarette butts from ikos in the office - but who prints the texts of the Majesty for meetings.

And he can copy them. For the husband. And that one for Valuev. As friends. And even Valuev, with his head hit in boxing - Russian spies will teach him where to bring papyrus from a man who sleeps with a woman, who prints and presents in a beautiful folder to him.

I looked around, as if she looked back. And there is chaos.

And you think: this is chaos from them, because they’re fools? Or the chaos of being surrounded by agents of influence?