“Don't close in on yourself,” Viktor Bobyrenko said of Wagnergate 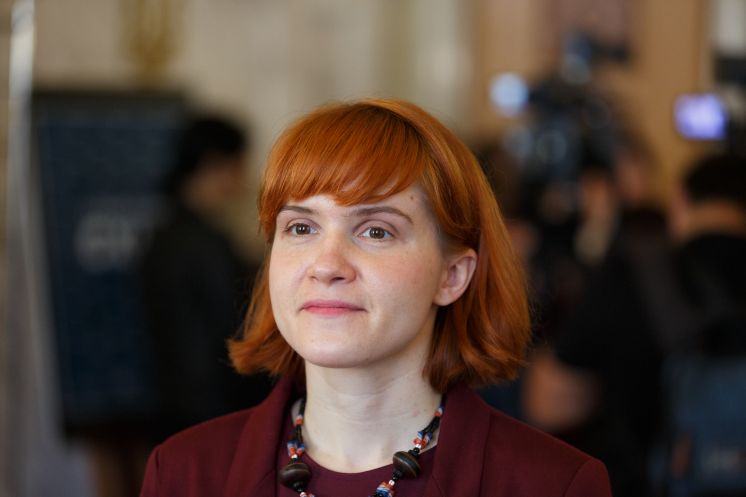 As Confucius said, it is difficult to find a black cat in a black room, especially if it is not there. Interestingly, they did not find those who gave (or did not give) an order to cancel/postpone the operation.

And what about Zelensky’s own turnout? Did he confess? Today is a day of jokes about the Parliament’s Temporary Investigative Commission (TSK) named after Mariana Bezuhla. The one who was looking for traces of Wagnergate here. Like: well, as everyone guessed, Mariana did not close in on Zelensky’s traces. You bet: how could the Greens notice the Greens in the cash for the envelopes with the “greens”?

But Bezuhla was tight as a clam. I’d like to make the following conclusions:

1) The choice of Bezuhla as the head of the TSK is not accidental. She both talks and reads with the same facial expression and intonation. Mutters under her breath. Strict honors student. Undisputed and emotionless dialogue.

Task: to distract you purposely by talking. I was on the air with her once. So she simply started muttering something under her breath just as undisputedly/emotionless. Vereshchuk is the one who talks down. And this one mutters. And then you didn’t understand anything and stayed with your own thoughts;

2) This is a tempo battle. TSK kind of made a conclusion. Nothing was found. Now everything what journalists tell will make them mercenaries of Poroshenko, Medvedchuk or conspiracies of oligarchs (GKChP, as Arestovich says);

3) Wagnergate did not bring down Zelensky’s electoral group. They forgave their comrade. Well, the guy tipped off to Lukashenko. And he handed over the Wagnerians not to us but to Putin. For help in defeating the Belarusian revolution. Well, nobody’s perfect. But!!! Only his comrades justify him. Reinforced concrete electorate.

Maybe 15%. But this event also paves the way for those who will never forgive him. Who has the words Zelensky and traitor as synonyms. And there’re 30% of those.

4) Well, we understand that our allies will pass on technology with suspicion. And what if he will surrender again? And we will restore trust when Volodymyr’s trail is cold.

5) Well, Zelensky lost the military elite forever. There is nothing to comment on.

And we are waiting for the results of the investigation. And I am sure that the number of those who will look at Zelensky with contempt or anger will increase. Even if comrades forgive their buddy everything.