Coronavirus-Elective2020: How Will It Be Remembered by Sumy Media? 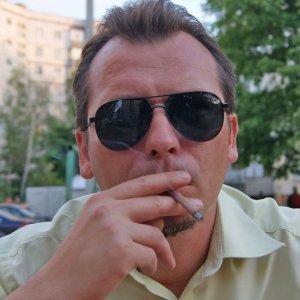 Media Expert, Election Technology Expert. Regional representative of the Institute of Mass Information in the Sumy Region, Monitoring Expert of the NGO Media Detector, Chairman of the Board of the…

Sumy region faced the coronavirus epidemic quite early - in the spring of 2020 the region was the leader of the Left Bank in the number of affected persons. And although at that time the number was measured in tens, not thousands, as at the end of the year, quarantine measures in Sumy and the region were among the first in Ukraine. The media reacted accordingly.

COVID-19 Is a Top Topic in the Media

In the spring, more than 40% of news in the Sumy media was devoted to the topic of the coronavirus pandemic and the situation resulting from quarantine measures in the region. No other topic even came close to this figure, not even criminal, extraordinary events and road accidents, which had previously been clear leaders in Sumy media news feeds.

The amount of news about the coronavirus went sometimes beyond the limit: for example, in The Sumy Post the percentage of these materials reached 47%, and Sumy.Today published 155 news about the epidemic and quarantine in one week.

The sources of information were mainly press services and official websites, as well as messages from officials. As a rule, the same information was repeated in different media, because despite the demand of readers on this topic, there was little information as such.

Due to the epidemic, most of the official measures were transferred to online mode, and at first it could not help but cause some inconvenience. It has become more difficult for journalists to receive comments from officials. Speakers often ignored questions asked by media representatives during the online briefing.

However, the situation gradually improved, and both journalists and officials adapted to the new format. That is, the quarantine itself did not radically change the situation with access to information and officials who possess it. Those who previously made contact agree now, and those who did not remain closed to the press.

Now the situation with online communication no longer seems strange. Media representatives, especially online media, used to use broadcasts of local council sessions or operational meetings, and now officials’ briefings have been added to the list.

Another important factor in 2020 was the local elections. Unfortunately, for a long time now, almost all media in the Sumy Region have been waiting for any election as an opportunity to make money. Make money on hit piece. This year’s election process was no exception.

According to the monitoring of the Institute of Mass Media, 4% of all news published in Sumy’s online media was special-ordered. And this percentage is about the same for almost all media. The main customers of hit piece in the region are not parties, but politicians - Sumy Mayor Oleksandr Lysenko and former head of the Sumy Regional State Administration Roman Hryshchenko. They accounted for two-thirds of all hit pieces.

The situation on television looks even sadder. So, before the second round of elections of the Sumy mayor, the Sumy Vidikon TV channel broadcast the final news release during pre-election silence. And seven news items in this newscast told about the activities of the mayor, who was one of the two candidates. In addition, the news items for this news looked completely far-fetched, for example, the mayor congratulated the hockey team on the anniversary.

Interestingly, Sumy online media have generally stopped using the previously popular form of hidden advertising, such as improper labeling, when the text is marked not as advertising or election campaigning, but with a symbol (P). In this year’s election, materials with this symbol were almost non-existent, while the hit pieces did not contain any labeling at all.

Two Sumy TV channels - Suspilne Sumy and STS tried to organize a format of television debates. To some extent, they succeeded. Not all political forces came to the debates of the parties running for the city council, but there were at least a number of people present to implement the format of the discussion.

The same applies to the debates of Sumy mayoral candidates in the first round. Again, some of the candidates showed up, and to some extent the discussion took place.

But most of all, Sumy citizens were of course interested in the format of the debate between the two mayoral candidates who reached the second round - the incumbent mayor Oleksandr Lysenko and his rival Vadym Akperov. And it seemed the Suspilne managed to implement this: the teams of candidates agreed in principle to set up a date and a time.

However, only one candidate appeared for the announced debate - Vadym Akperov. The incumbent mayor preferred a different format on another TV channel - broadcast paid from the election fund, with pre-prepared and agreed questions. Moreover, Oleksandr Lysenko’s team did not even warn the Suspilne about the candidate’s absence - the TV channel announced the program until the last minute and was eventually forced to hold a half-debate with one candidate in the studio.

The president’s working visit during the election period, during which he represented the local team from the Servant of the People Party, is in itself nonsense in a democracy. But Zelensky’s visit to Sumy also outlined a problem that has not been discussed here for a long time - the official status of online media.

Thus, the Sumy online magazine CUKR was not accredited to cover the visit. The reason for the denial of accreditation was that the Sumy Regional State Administration pointed out the absence of a certificate of state registration of the media, which cannot be a priori in the online media.

Problems also arose with the editor of the online edition Sumy.Today Olena Adamenko. She was not denied in accreditation, but was told that the certificate of the National Union of Journalists of Ukraine was not a sufficient document to confirm the accreditation, so it was necessary to have an editorial certificate.

In general, the year was not too problematic for the media of Sumy Region. According to the National Police, only three criminal cases involving violations of journalists’ rights were registered in the region during the year.

Two of them concerned the election process. In addition, both situations occurred during the elections in the Trostianets community. In one case, a journalist was broadcasting online, resulting in a clash between him and the campaigning party. Given that a police officer was present at the place, immediately after all investigative actions were carried out, the prosecutor determined the jurisdiction of the State Bureau of Investigation, where the criminal case is currently in office.

Another case occurred when a journalist saw the use of official vehicles during the campaign and tried to find out the situation. There was a conflict, as a result of the journalist’s statement criminal proceedings were instituted under Article 171 (Obstruction of the Lawful Professional Activity of Journalists). However, according to the results of the investigation, no evidence of an offense or crime against the journalist was obtained, and the case was closed.

And the only case still being investigated by the Sumy Region National Police concerns telephone threats to a journalist Olena Adamenko. In March 2020, she received threats from Sharii’s Party sympathizers, with one call from Ukraine, and the police immediately identified this person, and another from the Russian Federation. Currently, the police have been waiting for a response to a formal request from a neighboring state, and cannot make any decision in open proceedings.

At the end of the year, another media conflict arose in the region. In Trostianets (yes, there again), the city council fired Yurii Darahan, director of the Trostianets Municipal TV and Radio Company. The ex-director himself announced the raider’s seizure of the TV and radio company, and called his dismissal a “political revenge” by Mayor Yurii Bova.

Serhii Tomilenko, the head of the National Union of Journalists of Ukraine, hurried to intercede for the dismissed director, accusing the Trostianets authorities of censorship and use of administrative resources.

But the situation turned out to be more banal. As Yurii Bova explained to the IMI regional representative, the reasons for the dismissal were purely economic. TRC was not able to pay for itself, debts for salaries and for signal broadcasting began to accumulate. Yurii Darahan’s report on economic activity at the City Council session was unanimously disapproved. In the end, the deputies decided to terminate the contract with the director of TRC ahead of schedule.

What will 2021 bring for Sumy media? The epidemic and quarantine measures will definitely not go away, so we will have to work in appropriate conditions. To which, in fact, the media have already adapted. Another point where one can expect dangers is the change of local leadership, as the second head of the regional state administration has been appointed in the region within a year, the head of the regional council has changed and local councils have been significantly renewed. So we will have to build new relationships with new officials. The main thing for Sumy Region is to remain an outsider regarding violations of journalists’ professional rights.

The material was prepared as part of the Media Observers Network project, which is implemented by IMI with the support of Freedom House