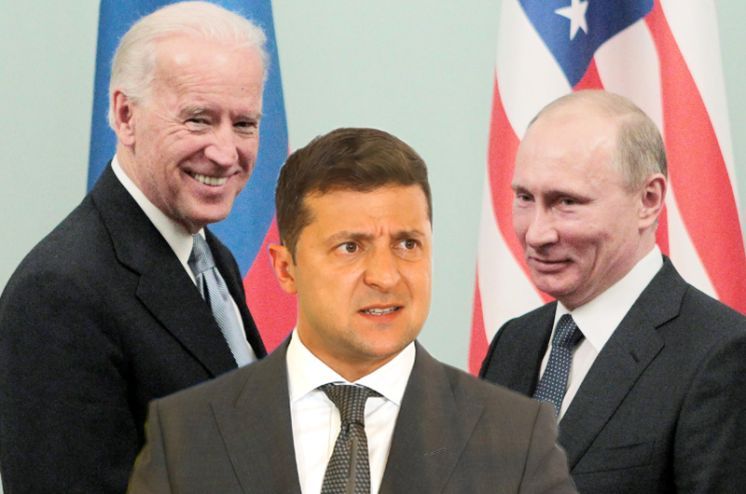 But everyone is wondering: why is Biden first talking to the Western Allies, then to Putin, and then to the Greatest Leader of Today?

Why not the other way around? And what will happen?

I think everything will be fine! At least we won’t be handed over like empty containers.

Here’s what you need to know:

1) Our activists have clearly shown Ze! and the world that there will be no capitulation. We are not Afghanistan.

Ukraine can go to war with Russia, even if the West does not give us weapons.

The same way we fought in 2014. And Putin, if he dares to invade, will get a response. And we make it clear to the West that there can be no agreements behind Ukraine.

Let’s say, even if our president is ready to surrender, to bow and scrape before the Russian reading of the Minsk agreements, the civil society and the Ukrainian people will never go for it.

And the collective West cannot fail to understand this.

2) Biden is undoubtedly the leader of the collective West. But he is not by himself. The United States is the hegemon in this union.

However, there are other countries (and many more) that share common democratic values.

Putin is behaving like a racketeer of the 1990s (“Let’s solve the problems we created with your money. Either we burn down your kiosk or we cover you up”), while demanding another meeting with Biden by escalating near the border of Ukraine.

And the US president is consulting with partners before going to the meeting set by Putin for him. And this is normal.

3) But still, Biden first talks to Putin, and then informs Zelensky about the results. Some will say that this is a betrayal; that Ukraine is not a subjective country, but only an object in geopolitical games.

That we are simply informed about what will be agreed upon to some extent behind our backs.

But this is not the attitude of the US president to Ukraine as a country, to the institution of the president as such, but exclusively to Zelensky as a person.

And this is a diplomatic failure of Zelensky personally, who did not work out as the leader of the state.