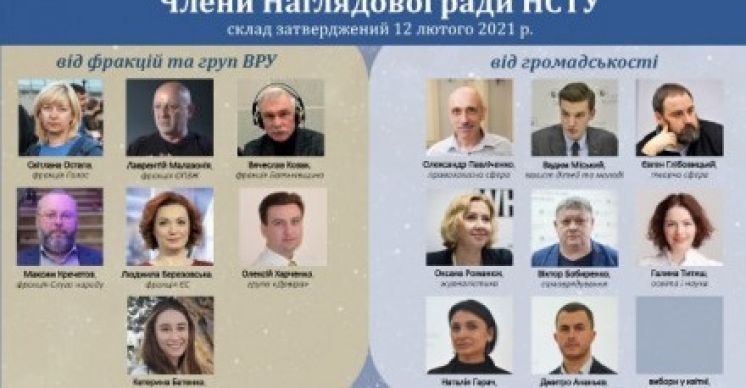 In particular, 7 new members from parliamentary factions and groups were included.

Another five out of nine were elected (or re-elected) from the public sector, as required by law. One representative (from sports clubs) has not yet been elected.

Three (including me) remained from the last term, because we were elected only last year.

The term of activity of this composition is 5 years.

NSTU is a dynamically developing company.

And, perhaps, the only company that does not hit piece, but provides balanced news and content that is not produced by other companies.

Not everyone is able to produce Svaty (“In-Laws” comedy). Someone needs to promote Ukraine in Ukraine, shoot programs about the history and culture of this country.

This is not super popular content yet, but it is necessary.

And already in May we’re going to elect a new board of the Public Broadcaster.

It is necessary that the competition be transparent and open.

I hope that the authorities will have enough common sense not to try to turn an independent broadcaster into a party mouthpiece.

Although it is hard to believe.