Sumy is an open city

Soon the citizens will be capable to put information about the city problems on the interactive web-site. The Mayor of Sumy and utilities promise to react promptly to electronic addressing of people.

The newest tool of communication between people and authority was created in the framework of the project “Comfort and safety of the Sumy streets are in the hands of the community” and due to three-sided cooperation of the East Europe Foundation, the NGO Bureau of policy analysis and the Sumy city council.

On September, 16 the Memorandum on cooperation in the project was signed by the Mayor of Sumy Hennadij Minayev, President of the East Europe Foundation Victor Lyakh, Deputy Head of the Bureau of policy analysis Oleg Ochkalov and Anna Tovstukha, coordinator of the project in Sumy.

The purpose of the project is to promote people’s participation in the process of solving current problems of the local communities. Peculiarity of the project is the interactive web-platform that will be created and used by means of geo-information technologies. Due to the project, the citizens of Sumy will have an opportunity to use the innovative tool for solving local problems. The project aims to establish effective cooperation between citizens and local authority, to intensify the process of people’s self-organization.

The Memorandum about mutual understanding and cooperation proved basic principles of the project fulfillment and responsibilities of the parties. 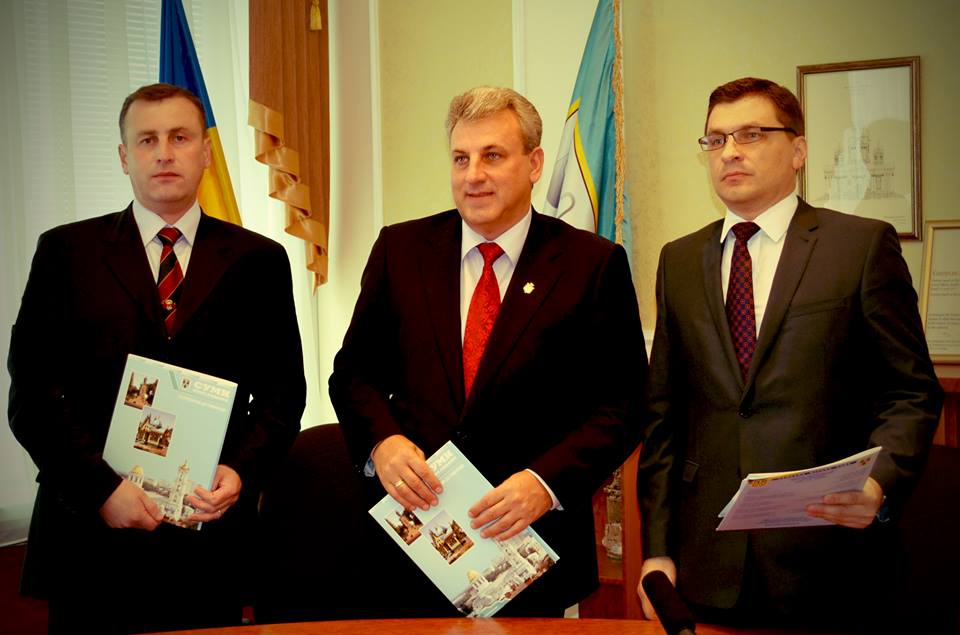 The Mayor of Sumy said that electronic communication was not new for the citizens and the web-platform with a map was a timely innovation.

Victor Lyakh, President of the East Europe Foundation pointed out that Sumy was one of five cities where the developed web-system was implemented for local self-government. Together with our city, the project is being fulfilled in 4 other cities: Burshtyn (the Ivano-Frankivsk region), Lutsk, Mykolayev and Zaporizhzhya.

The coordinator of the project Anna Tovstukha said that there was created a working group of representatives of three departments: Infrastructure Department, Department of Architecture and Land, Department of Capital Construction and Road Building of the Sumy city council. The web-portal starts next week.